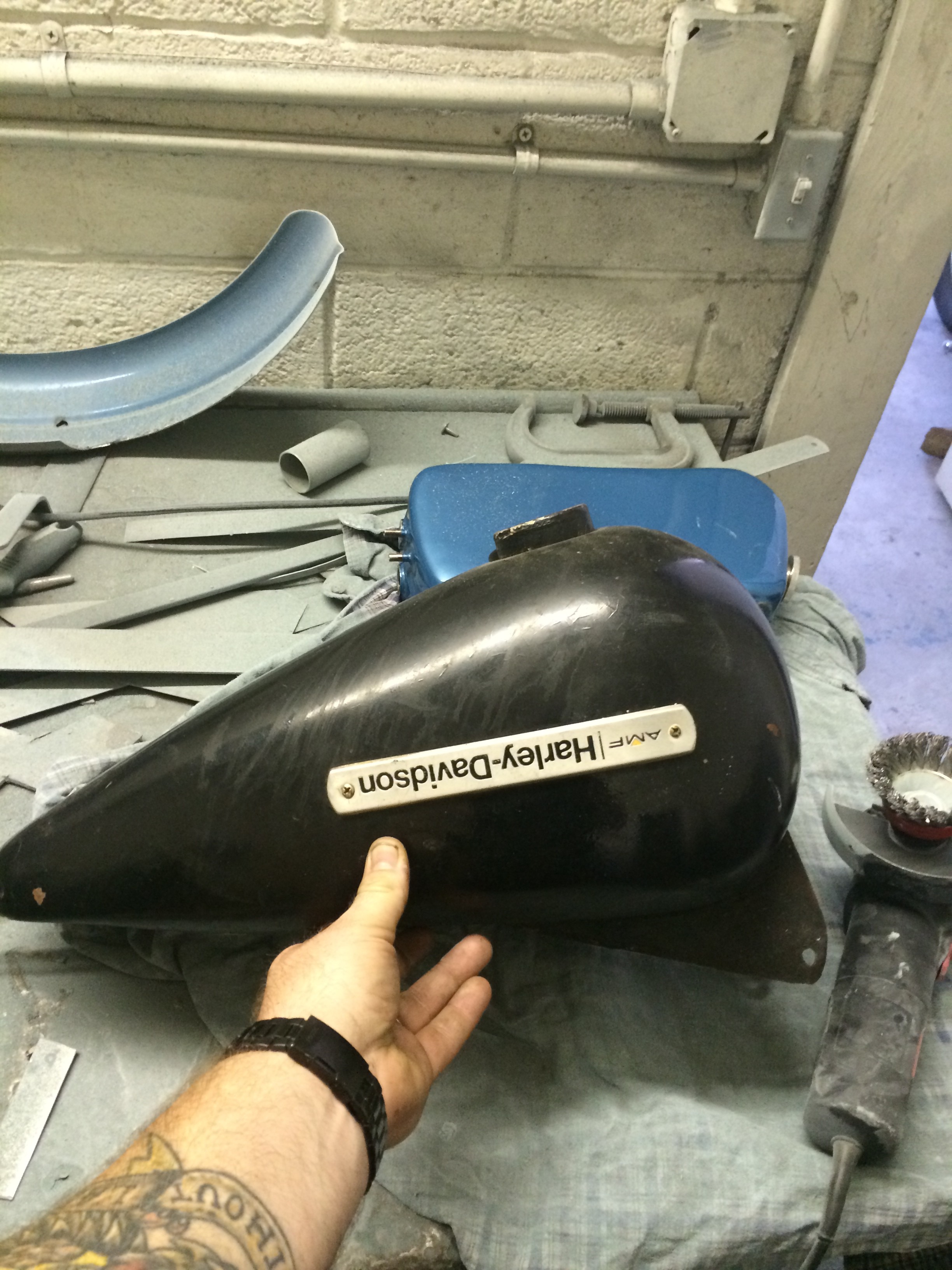 Hello out there to everyone reading this in Internetland. My name is Scott, and I’m the vintage motorcycle service tech at Speed Deluxe. I needed to sand down and strip the paint and bondo off of the fuel tank from my 1948 Panhead chopper as part of my rebuild. I decided, with some persuasion from my boss Jamie, to document this procedure. Sit back, crack a beer and laugh at me, my first attempt at sanding and what I discovered waiting for me hiding underneath.

Here’s what I started with: a custom fabricated “alien tank” with some sketchy-at-best weld and repair jobs. 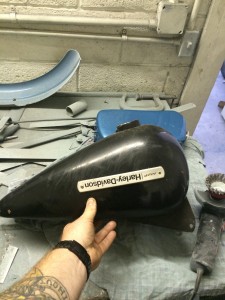 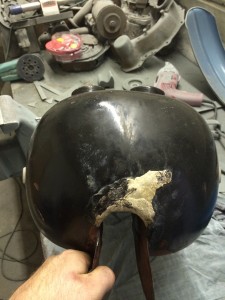 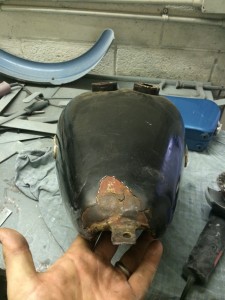 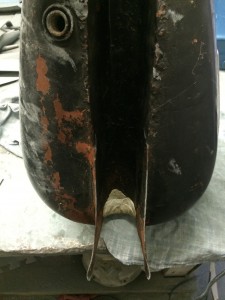 First, I removed the tank badges. (Note the AMF name being run upside down because…well, read up on your Harley history.) 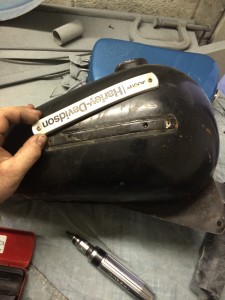 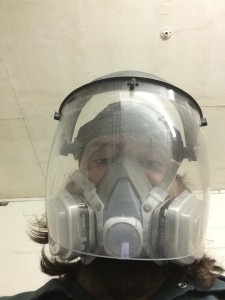 Then, I got crackin’! The tank began to reveal her secrets to me… 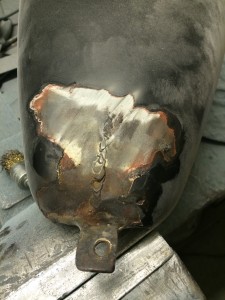 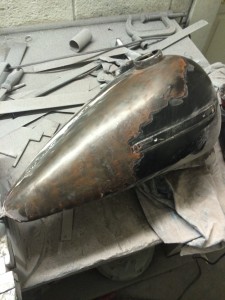 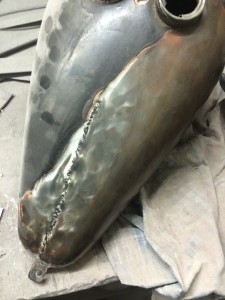 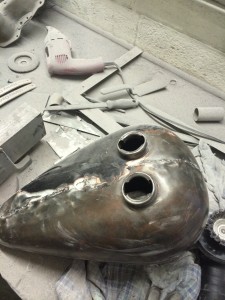 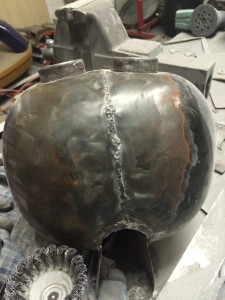 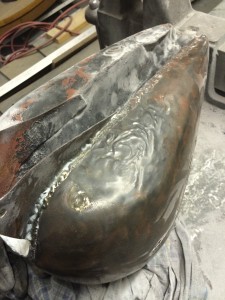 Check out the metal warping and all-around gnarlyness in that last pic. The boss-man, Adam, said it was more than likely due to someone heating and hammering the metal in an attempt shrink it. 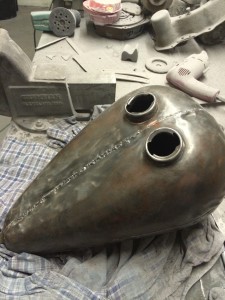 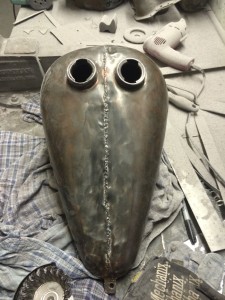 After getting all of the old paint and bondo removed, I closely inspected the entire tank with Adam only to discover we had a LOT MORE repairs and time to put into the tank than previously estimated. Since we’re on a pretty tight build schedule of a couple of weeks, Adam suggested that I instead try to tackle the repair job during winter and simply use a different tank now. We both agreed that since Speed Deluxe usually follows a “Built-not-Bought” credo, we should go ahead and plan out what kind of tank we would build from scratch.

Next week: HOW TO BUILD A COFFIN TANK!