Hello again everybody! If you read my previous post, you should be expecting a write up about the fabrication (or even the start of) my coffin tank. With Speed Deluxe being so busy during the day and the three of us having a laundry list each of things to knock out on our own bikes after hours, the “how to” for a coffin tank fabrication is going to have to wait until next time. This week I’m going to kind of “piggy back” on last week’s topic of sanding in preparation for painting and the history that can be hidden underneath.

First, I had to strip my Panhead’s Wishbone frame free of the chipping paint and cracking Bondo that covered it. 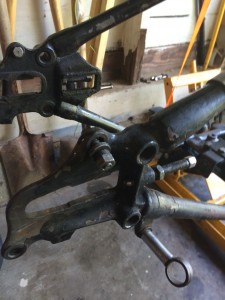 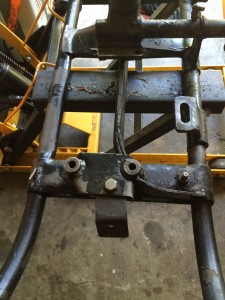 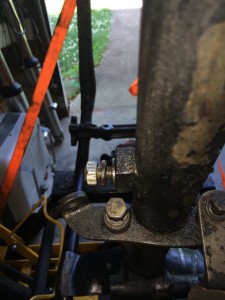 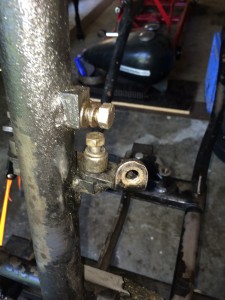 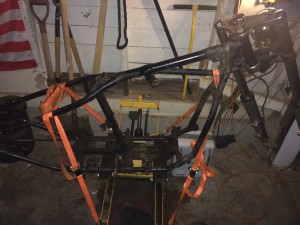 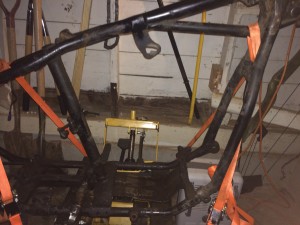 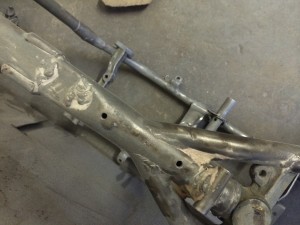 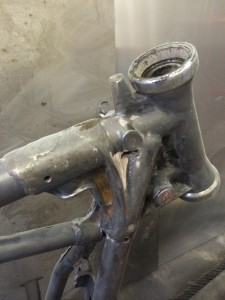 I used the same tools, safety gear and process from my previous post.

While inspecting what I would have to have repaired on the frame, I began to notice number and letter sets through out the frame. 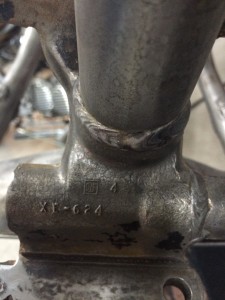 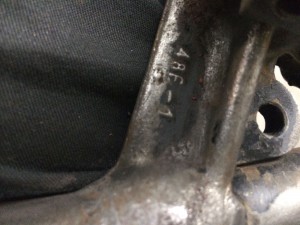 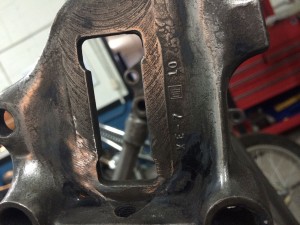 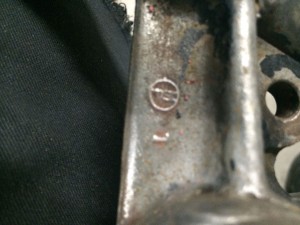 After writing all of the numbers and letters down and deciphering the small symbol that contains a three letter set inside a circle as DIF, I jumped on the ol’ interwebs to see what I could find out. As of right now I’ve only had a couple of things pop up. I found that the three letters DIF most likely refer to Deerborn Iron Foundry, a subsidiary of Ford motors, who would do castings. However, I did find something interesting regarding whether or not these parts where cast or forged. Most likely the frame is made of forged parts pieced together to create a custom frame because, according to a few members on the AMCA (Antique Motorcycle Club of America) website, “the grains of sand make sharp lettering almost impossible to achieve.”

I’m going to try and dig deeper and post the pics on chopcult.com or Jockeyjournal.com to see if I can drum up some information. If anybody has any input, PLEASE don’t hesitate to fire off an email or leave a comment! For now, here is a pic of the frame wearing it’s new color so damn well. 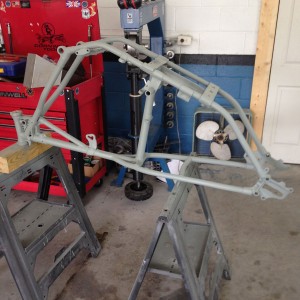 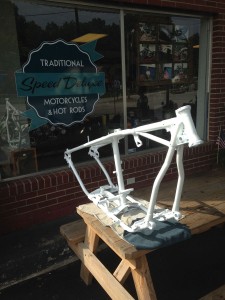 Until next time – Scott